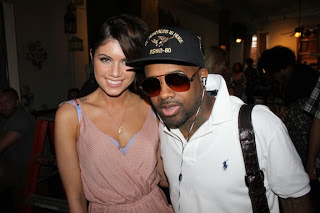 In his latest episode of Living the Life, music mogul Jermaine Dupri gives his fans a small snippet of his new artist (along with Pharrell, it’s a joint signing) Leah Labelle’s new song called 100%. It’s the last song that Dupri had to finish for his portion of the album to be done. With her first official single, Sexify, moving up the MediaBased charts, the former Idol contestant is well on her way. Check out the episode below, and he video for her first official single, Sexify, which has garnered over 400K views.