Toni Braxton is getting cozy with Trey Songz for the filming of “Yesterday” music video. In one of the pictures, she is seen leaning against Trey’s chest. The video was filmed on October 8 in Los Angeles and is directed by Bille Woodruff

. No specific premiere date is set in stone for the video.

“Yesterday” is the lead single off Toni Braxton’s

upcoming studio installment “Pulse“. The track was debuted in September and becomes her first release since going on a hiatus in 2005 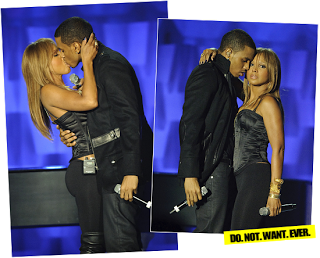 Well one thing is for sure, Ms. Braxton has some definite eye candy for the ladies in this new video. Trey Songz is definitely the ‘bizness’, and isn’t Shannon Brown just as cute as he wanna be? 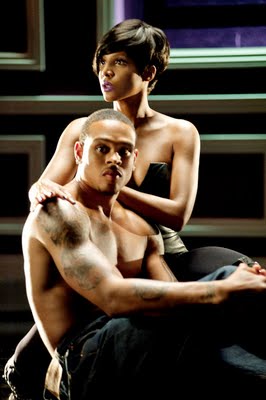