Last night TNT had 2 great games on. With the defending champs, Dallas Mavericks, being defeated by the Oklahoma City Thunder with a buzzer beater by Kevin Durant. Because this is a post about the Laker game, I’ll just let you take a look for yourself at how KD made sure Vince Carter understood that although he idolized him growing up, this was his house. END_OF_DOCUMENT_TOKEN_TO_BE_REPLACED

Ah the NBA is back, and it did not fail to deliver in it’s excitement on Christmas day. After watching the Celtics lose by one, on a KG missed attempt at the end, followed by a subsequent choke out of Bill Walker by KG. Then an absolute embarrassing banner raising day for the defending champions, Dallas Mavericks at the hands of the Miami Heat. I really didn’t know what to expect from my new look Lakers. I was nervous and excited all at the same time. END_OF_DOCUMENT_TOKEN_TO_BE_REPLACED 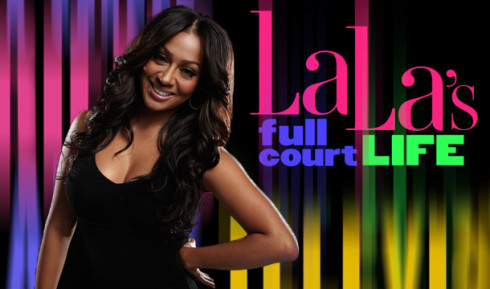 I’m so happy to know that La La will be returning to VH1 with a new season, now called LA LA’S FULL COURT LIFE! The show will air at 9pm on August 22nd. As LaLa and her family get’s adjusted to being back in NY (after her husband is traded to the Knicks) there is never a dull moment. You have to love La La because she doesn’t know how to do anything except be real. Be sure to tune in as the show will shed light on things like if Melo had a secret love child, what’s going on with her cousin Dice (that La La cannot help her with), and the biggest of all, is La La pregnant with the couples second child? Tune in, you won’t want to miss an episode of this show.